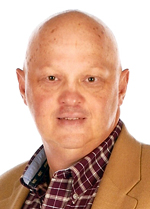 Ernest “Ray” Wolff is the Mayor of Stockdale, a position he was elected to in 2013. He is a graduate of Southwest University, and a Certified Public Accountant. Ray is active in civic affairs in his hometown of Stockdale and throughout Wilson County. He was elected to the TPS Board of Trustees in 2006. Ray and his wife, Teri, have three children and one grandchild. He resides in Stockdale.